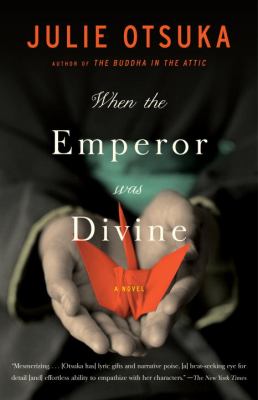 A book discussion of Julie Otsuka's When the Emperor was Divine was held on Thursday, April 13, 2017 from 1-2:20PM in the Robeson Resource Center (Library 1st floor).

The Library's book discussion is one in a series of events centered around the RVCC One Book.

For more information on internment of persons of Japanese ancestry during World War II, explore the resources linked from this page.

Timeline of the historical events in the novel's plot and of the book's publishing, as well as audio interviews about World War II and the Japanese internment.